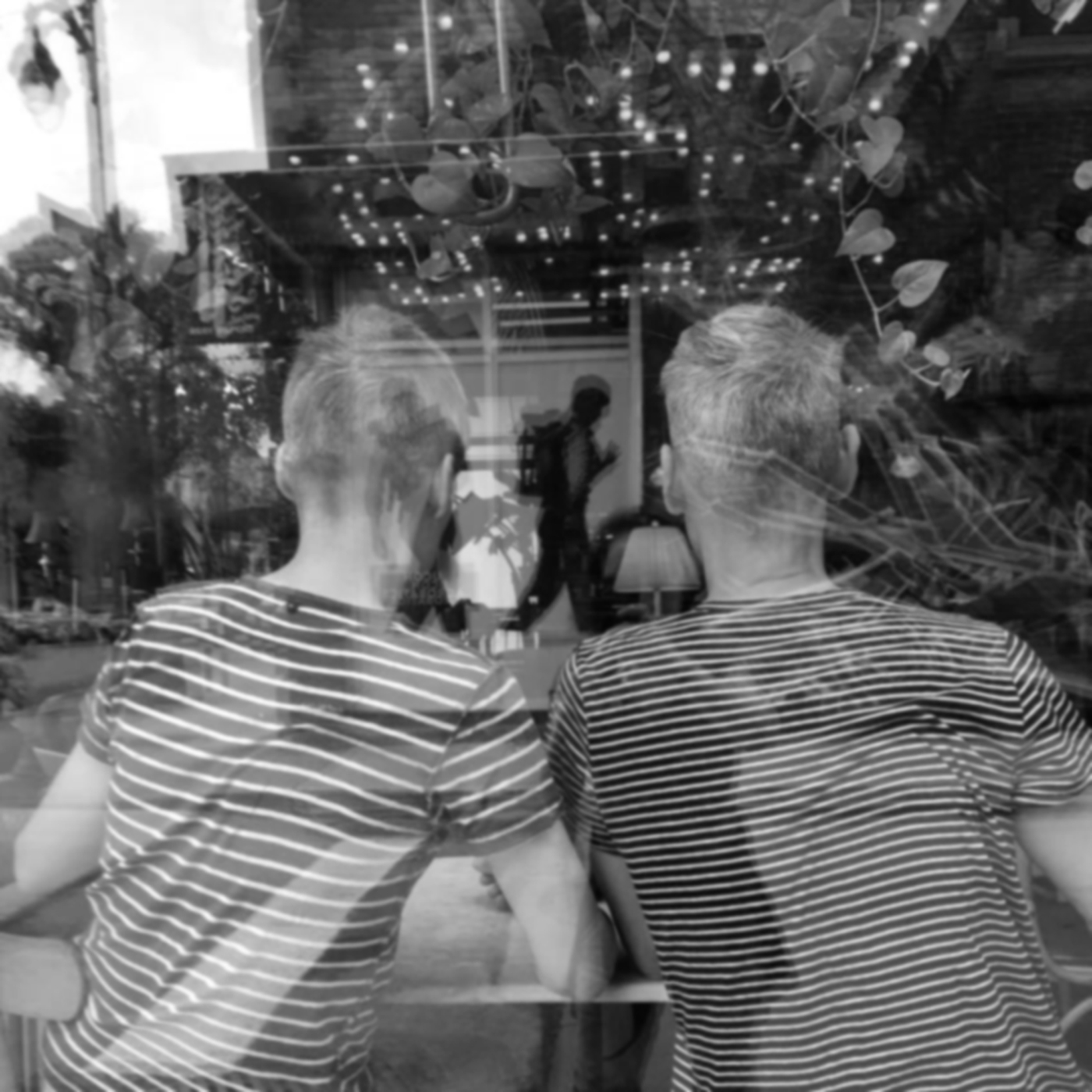 Grey_Noize is a speculative and fabulatory project that invents and experiments with forms of sociability, seeking to undo the art /life binary, and to shift the conditions of experience.

Through this ongoing collaboration we are looking for different ways to enact and embody what Mel Chen terms “relationality and intersubjective exchange” (Chen 11).

Something is moving between us that people sense and recognize and at the same time, there is a kind of invisibility to the way that we can’t be fixed in normative terms.

There is a kind of dual affect of hyper-visibility and invisibility: Something re-animates and remobilizes the usually fixed signifiers of identity – unmooring them, and leaving them floating in a space of productive uncertainty: a kind of static or noise that interferes with the usual ways of fixing subjectivity: a queerly disruptive noise that reanimates the order of things.

In other words – maybe there is something about our gender-queer presentation and embodiment that interferes with the perception of normative markers of identity that would help people keep us “straight”.

We also think of this as a kind of affect – understood as the relational potential or capacity for intensity (or change) moving between and amongst bodies and matter. As Mel Chen explains in their influential book Animacies: Biopolitics, Racial Mattering, and Queer Affect (2012) affect “is not necessarily corporeal…potentially engag[ing] many bodies at once…[it] inheres in the capacity to affect and be affected. (Chen 11-12)

Grey_Noise attempts to explore embodied modes of disruption that – even momentarily – work to destabilize normative ways of knowing through affective shifts that could be understood as micro-political gestures.

Forrest and kimura-lemoine both have long histories with artist-run centres and DIY feminist queer culture. Artist-run-centres are not perfect – but they tend to be queer friendly feminist spaces that work with anti-capitalist and anti-racist principles.

We take inspiration from current queer, trans and feminist scholarship that explores connections between technologies of race and gender as what Paul Preciado terms “somatic-political fictions,” in his call for new creative practices of gender and sexual resistance based on experimentation and DIY aesthetics.

The most interesting aspect of the project for us became live gestures and actions – especially in public spaces outside the gallery. These were uninvited and unannounced – but convivial.

Performance is not exactly the right word for these activities, neither were they really interventions. These activities were more like being with the location, people and activities that were already happening.

We chose places in and around Montreal like the so called “gay” waterfalls, “Alexanderplatz” (bar), “Ritz” (bar) as well as our base at La Centrale. None of these are officially (or exclusively) queer spaces – but they are all potentially queer and characterized by a certain freedom. They are also spaces that accept and even facilitate and produce queer and non-normative forms of sociability: places that have been queerly energized over time by community engagement.